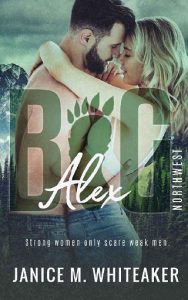 Alex runs the show.
She spent years learning how to take care of the financial end of Shadow Pine. It’s what she does.
What she brings to the table.
A table Edward Sweeten thinks he has a seat at.
The man is arrogant. Cocky. Incorrigible.
And sexy as hell.
Unfortunately, there’s another spot he’s decided should be his.
And it’s in Alex’s bed.
Which would be fine if he was like the other men she allowed a temporary visit to the location. But Edward is nothing like them.
He doesn’t jump when she asks, he doesn’t shrink under her glare, and he doesn’t back down when she threatens to bite.
If anything he likes it.
Allowing him a spot in any part of her world is a dangerous gamble.
Because the man is stubborn enough to stay.
______________________________________________
There’s nothing Edward likes more than a fight.
And Alex Karlson can dish one out like he’s never seen before.
She’s strong and bossy and fierce.
The woman makes his blood heat with just a glare.
But not from anger.
No. Nothing about Alex makes him angry. She’s beautifully in charge, exuding well-earned confidence and control.
She’s intriguing. Intoxicating.
Addicting.
And in danger.
Someone else thinks Alex should be theirs. Someone willing to do terrible things to take her from the one place she belongs.
But it won’t happen.
Because the only place Alex belongs, is with him.