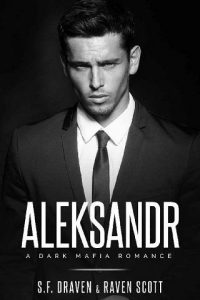 Aleksandr Volkov is trying to make his way in the crime world.
He embarks on a journey to build the perfect empire when he gets involved with an old friend who may just become his ticket to success.
Aleksandr and Edik would’ve been a powerful force to be reckoned with, but the partnership was quickly dissolved when a woman came between them.
Her name is Irina Morozova.
Aleksandr saves Irina from Edik’s abusive grasp, as they leave the lives they once knew behind, fighting off anyone that gets in their way.
Aleksandr promised Irina that she will be safe forever.
They fall madly in love, as they remain on the run from a powerful crime boss, hoping to make way for a better life.
Edik will do anything to get Irina back, to punish her for leaving, but Aleksandr won’t let that happen.
Will Aleksandr and Irina get the happily ever after they long for? Or will they succumb to Edik’s wrath?