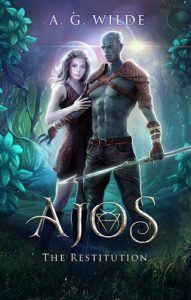 Penance.
It is the only thing on his mind.
He merely exists as a tool, a weapon for the Restitution till the gods are satisfied he has suffered enough. He has no dreams for a different future, until…
…a human, one he rescues, falls into his arms.
For the first time in a long while, something stirs within Ajos. But this unknown feeling is not the only thing that stirs.
Maybe taking the human on a secluded planet had not been the best idea…
Now, instead of fighting the enemies that plague them, the person he has to fight the most…is himself.