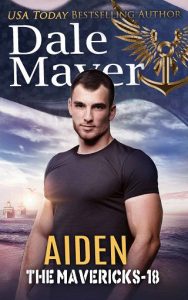 Aiden has high hopes for his own mission, but Las Vegas and a woman accused of killing her own husband wasn’t it. Then he finds out it’s a special request from a man he’s long respected and that the woman in question was his cousin. Even more confusing is the series of other murders that, according to the local law enforcement, are linked to her as well.
Toby’s life has been one long nightmare, and, just when a light shines in to save her, and she hopes she will survive this after all, the cops decide she’s the one who murdered her husband. Hardly … but, if she’d had the guts and the lack of concern for spending the rest of her life in jail for getting justice, then she’d have done it.
But, as it was, if they can’t figure out who and what is going on, she’ll be spending her life in prison regardless. And that would be a shame, considering she’d just met Aiden, one of the most interesting men to cross her path. Now if only he’d been here years ago, before her world went off the rails …