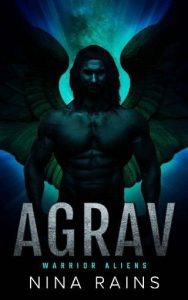 Warrior alien race, the Renbi destroy planets in search of great power. Can the love between an alien dragon prince and his human mate stop this galactic invasion?
Agent Hennan, a space soldier from Earth, becomes captive by the Renbi, the destroyers of the old Earth. In her quest to survive, the Earthling crash lands on Ediogario, a harsh planet in a different galaxy.
Prince Agrav is close to his ultimate goal, finding the power that will make him king of Vieracre, the planet of dragons. His search has led him to Ediogario, where his fate entwines with Hennan. The Earthling makes Agrav feel like he has never felt before.
Will romance blossom between Agrav and Hennan, despite being from different stars?
Is there hope, or will the Renbi’s greed enslave worlds?