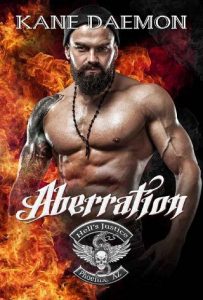 Vin Reed was not the type to be tied to one woman. Hell, that’s why he lived by the motto “live hard, die free.” And since he didn’t expect to live another six months, falling for a woman should have been entirely out of the question. But then Raven Stansfield enters his life. A goth chick he meets in a bar. A goth chick whose father just happens to be the powerful Senator Charles E. Stansfield, a man who wants him dead.