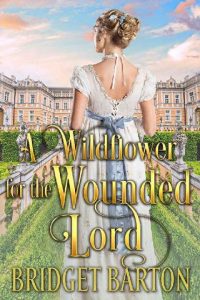 Harriet Howard has always been a rebellious soul and hard to tame. Much to her mother’s distaste, she has never had any interest in the commodities that other girls desire and has always detested the idea of getting married. However, everything is about to change after she comes across her best friend’s brother, who re-enters her life after a fateful twist of luck. From that point on, she is captured by his presence and starts believing that a chance at love may be within reach. While her heart secretly dreams of a happy future with the charming gentleman, her parents have other plans for her, and Harriet has to escape before it’s too late. Will Harriet find the courage to stand up for what she truly wants and take the leap of real love? Will she trust her heart and go against everything that is threatening to destroy her happiness?

After the unexpected death of his mother, Lord Byron Maxwell escapes to his father’s estate in France. Always avoiding his grief and scared of getting hurt, he has been dismissing every chance to match with an eligible wife, in fear of losing her, like his father did. When his father becomes tragically ill, he rushes back home as soon as possible. To his own surprise, that’s when he meets a woman who will change the course of his life by helping him overcome his previous fear and believe in soulmates. However, it will be an uphill struggle to find happiness by her side and he will have to defy everyone who is against his new love. How far will Byron go to claim the only woman who managed to mend his broken heart? Will he survive the sudden storm and cherish the sunshine of his one true love?

Byron and Harriet soon realise that their real happiness has been right under their noses all along and it’s nowhere else but in their blooming connection. There’s only one problem though; their fathers have always dreamt of another future for them and do not intend to back down until they achieve what they want. However, Byron and Harriet know that their life has no meaning without each other and are determined to break down the walls that tend to keep them apart. Will they find a way to overcome the challenges and have their happily ever after? Or will they both be destined to a doomed fate that will throw them into an endless and loveless sorrow?

“A Wildflower for the Wounded Lord” is a historical romance novel of approximately 80,000 words. No cheating, no cliffhangers, and a guaranteed happily ever after.