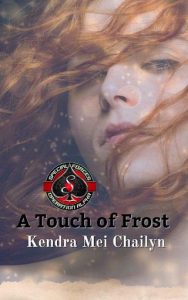 Mozart’s past comes back to haunt him in the form of a redhead who wanted to be his.
Jesse Ackert’s brother is missing, to make it worse, the only person who can help him is a ghost no one had seen in almost two years. When he meets Frost, he couldn’t help but fall for her even though she wants to kick his ass.
Abigail “Frost” Ryder walks into the SEALs, on loan from the Army and was burnt. She trusted the wrong people, expected the wrong man to have her back and wound up almost dead. Years later, she wanders the world, a shadow of her former self wanting nothing else but to be left alone.
But she can’t very well leave a civilian to die, even if she wants his brother, Mozart and everyone in the SEALs dead…