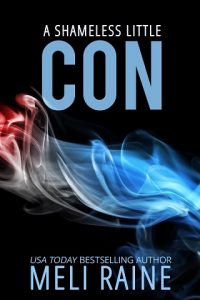 I didn’t do it.
I never betrayed my friend.
Last year, I was kidnapped along with presidential candidate’s daughter Lindsay Bosworth, forced to help her assailants, my mother implicated in one of the biggest political scandals in American history.
I’ve been cleared of any wrongdoing, but that doesn’t matter. Once you’re tried by the media, you’re guilty as sin. The truth doesn’t get the public’s attention.
But shame? Shame sells.
And everyone assumes you’re tainted.
Now I have my own personal security team, courtesy of the United States government.
Not the one you learned about in civics class, though.
I’m being tracked by the deep state.
The shadow government.
They’ve assigned Silas Gentian to be with me twenty-four seven.
He thinks he knows everything about me – all of it bad — and he does.
On paper.

Like everyone else, he assumes I’m a traitor. A backstabber. A betrayer. Someone who helped a group of violent psychopaths, puppets of powerful men in Washington who made me into a tool.
Yet I see how he looks at me. True desire can’t be faked.
Or hidden.
And that goes both ways.
He assumes I’m trying to fool him.
And he might be right.
But not for the reasons he thinks.