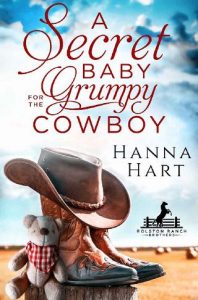 Sullen cowboy billionaire Topher was the only Rolston brother that thought his small town of Isabel was the last place he would end up.Little did he know, that wasn’t the only surprise waiting for him there….
His very successful jump racing event lead him back to living in Texas and inevitably to his old, abandoned ranch.
But an equally as testy next-door neighbor, Sophia Newton, was there to greet him, thinking he was trespasser, with a buckshot and a near miss.
But being shot at wasn’t the worst of Topher’s problems…
He remembered her killer eyes, bullet proof smile, and her to die for baking skills, which were all the things that reminded him of their love that had been lost.
Sophia undoubtedly felt very differently.
She had no intention of enticing his sweet tooth and getting him to fall for her again.
In her mind the past was the past, and that was one recipe she didn’t want to bake up.
Yet, things get even more problematic when she opens a restaurant with his black sheep brother August, instead of rekindling her romance with the still broken-hearted grump Topher.
But it is not just the fact that the Rolston’s are her boss, or that Topher is back in town, or that there are still smoldering embers of love burning deep down in her heart.
Her biggest fear was the even bigger secret in the back of her mind, the one that was sitting right in front of Topher’s face.
Will Sophia’s secret little girl be a second chance at love with the gloomy cowboy?
Or will it be a second chance for Topher to leave Isabel for good?