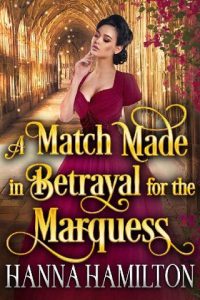 There is nothing Lady Delilah Birkes hates more than her parents’ loveless relationship. The oldest of five siblings, she is hard-pressed to set a good example and marry the man that has been chosen for her.
Secretly taken in by the Duchess when his mother died giving birth to him, Victor Dowding, the Marquess of Wringcaster’s guilt over having a life he believes he doesn’t deserve has led him to be very charitable. A trait that has earned him the disapproval of the ton. As has his wish to marry Lady Delilah.
Their hopes dim when Delilah’s engagement to another is announced before Victor can make his move. Determined to save her from the clutches of a rake, Victor orchestrates a most elaborate plan. A plan that attracts the attention of a monster from his past, that has been sleeping dormant at the bottom of a teacup.