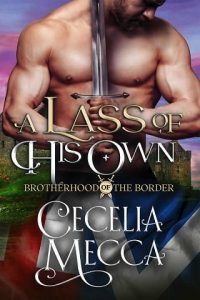 None would dare challenge him.
Even Boyd Kerr’s close companion, William Wallace, known for his prowess with a sword, refused to engage the Scotsman.
Lady Galia had no such qualms.
The countess single-handedly held off an English army clamoring at her gates for months. Though she proved as fierce as she was beautiful, Boyd had a mission to complete, and Lady Galia’s refusal to accept his aid put Wallace’s plans in jeopardy.
He was becoming impatient with her, despite his admiration of her wit and will. The stubborn lass refused to take orders from any man, even one as capable as he. But as the days, and the siege upon Gurstelle Castle, wore on, Lady Galia was faced with a choice between independence and her growing attraction to a man accustomed to winning.
No matter the cost.