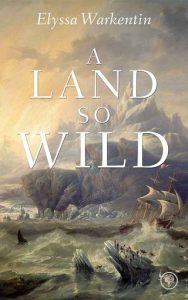 A Land So Wild by Elyssa Warkentin – Free eBooks Download

In 1845, the HMS Vanguard, under the command of Captain William Caulderson, departed England on a voyage of discovery to find a Northwest Passage through the perilous arctic waters separating the Atlantic and Pacific oceans. It was never heard from again.

Five years later, Captain David Maxwell of the Serapis sets sail to attempt to recover the Vanguard and determine the fate of his former commander.

Naturalist Embleton Hall is running from demons of his own. He doesn’t expect to find himself drawn to Captain Maxwell–but the two men form a bond that will become essential to their survival.

Together, they’ll brave the elements on a long and harrowing voyage to discover the fate of the lost ship Vanguard. But they’ll also learn that some secrets are best left frozen in ice.