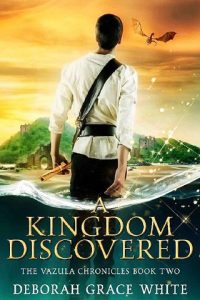 Merletta’s reality has been overturned…but nothing in her world has changed
Merletta’s enemies may think they’ve bested her, but she’s always been a survivor. Now she has a choice to make—protect herself, or expose the Center’s lies? The question only becomes more complex when she learns she’s not the only one to have paid the price for her flight to Vazula.
Meanwhile, Heath finally has the chance to bring the two factions of his family together. Except he can’t seem to care about anything after losing Merletta. Then, just as his stirring magic ignites hope he hadn’t dared to hold, a trip to Kyona threatens to overset Valoria’s fragile peace.
Heath and Merletta’s reunion is bittersweet—so much has changed, but so much remains out of reach. As she faces her deadly second year test, Merletta’s future has never been less certain. And Heath is increasingly torn between loyalties, with the lives of those dearest to him on the line. It will take every bit of determination and magic they can muster to find a way to tomorrow.