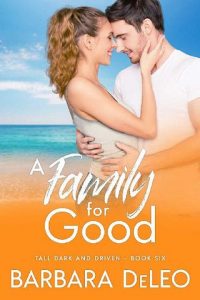 She won’t let her heart be broken again. He’ll do whatever it takes to protect twin baby girls. On the island of Aphrodite, they’ll both have to trust if they’re to receive the greatest gift of all.
Perfumer Liv Bailey’s in Cyprus to claim custody of twin baby girls after her best friend died alone giving birth. The one thing standing between Liv and a fresh start in Brentwood Bay with the babies, is Markus Panos, the man Liv was forced to leave two years ago.
Markus has given up on love. When Liv left him suddenly in Paris, he vowed never to open himself up again. But when an old friend asked if she could name him as her twins’ father, rather than leave them vulnerable to her violent partner, he couldn’t say no.
Forced to live together while waiting for a custody decision, both Liv and Markus have to fight the powerful attraction that still exists between them.