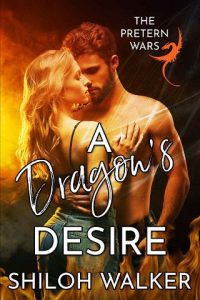 You will wander, you will roam

SORIN: He is Zmeu, one of the great dragons of myth.
As a young dragon, he was told an important truth: Dragons do not fall in love. They definitely did not fall in love with mortal women.
It’s a lesson Sorin takes to heart. He might have had a mortal mother, but mortals had also killed her, leaving him alone.
A dragon grown, he dwells in an impenetrable castle, living a dragon’s best life. He dances with fae swan maidens, steals baubles from unknowing kings, scoffs at mortals stumbling through life wasting time on war, hate…love.
Then love finds him.
In the village of his birth, a woman teaches him a truth his dragon family hadn’t—it’s rather easy for a dragon to love.
Ever seeking solace, ever seeking home
Easy to love, yes. But understanding her? Not so easy. Sorin’s arrogance led to her death…and a curse.
Hundreds of years later, living in the New World as the world prepare for war, he is almost numb to the curse that haunts him still.
You will wander, you will roam, they’d said. He did. But seeking solace, seeking home? Home and solace were lost to him, every bit as much as his love.
As penance, he guards the mortals in his territory, as she had protected those under her care. He’ll hold off the coming war as long as possible. When the time comes to take up a sword—or breathe fire—he will. It’s little comfort, but his lost love would expect him to protect. So he does.
One night, a sudden awareness yanks him from deepest sleep. Chasing the faint magical trail, he finds a woman battling for her life. Just before a killing strike, he sees her eyes…eyes of haunting green.
The eyes of the woman he’d loved, the eyes of the woman he’d killed.