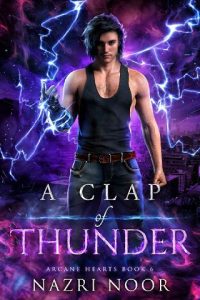 Some secrets are best left buried.

Jackson Pryde and Xander Wright are happier than ever. The guild of artificers grows stronger thanks to the Black Market’s masters. The second AI is awakening, closer to divulging its forgotten secrets. And most shocking of all, Jackson has finally invented something worth selling.
But war is brewing in the arcane underground. Madame Catherine Grayhaven does not forgive easily. The grand dame of the elite academy has rallied her students for a vengeful attack on the Verdance, the realm of the fae.
Jackson and Xander join the fight with their own motives: find King Oberon and hold him accountable for his crimes. But what awaits beyond the portal may shatter everything they believe in.