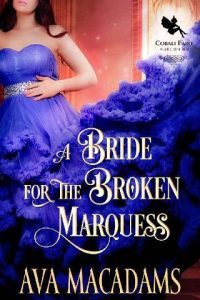 “This is a marriage of convenience. I should not like to have to remind you.”

With her brother wasting away his life and fortune after a heartbreak, Miss Violet Draton is forced to suffer the burden of his responsibilities. Including finding herself a match. Until she has no choice but to turn to a man who is feared by all…
Gareth Willis, the Marquess of Hawthorn, is a murderer. At least in the eyes of the ton. After the mysterious death of his wife, everyone thinks him guilty. So when the need for an heir arises, finding a wife who is not terrified of him seems hopeless.
When Gareth proposes a marriage of convenience to her, Violet is terrified of having the same fate as his first wife. Until her husband’s lips on her convince her otherwise. The problem? The ton does not easily forget nor forgive. Not when there is a killer on the loose.